At that time, it recommended a new round of reviews and signaled general support for allowing Castilleja to build an underground garage, provided that it doesn’t contain more than 50% of the school’s required parking spaces.

But the rest of his colleagues made it clear that Castilleja will have to make further compromises before it could win approval. Kou suggested that the council come up with a “maximum buildout” for Castilleja to prevent further expansions. She and DuBois also both alluded to Castilleja’s violation of the enrollment cap in 2013 and argued that any growth plan should include enforcement mechanisms.

“At this time, we do need to move forward and come to a solution and resolve this matter and let the healing process with this community start,” Kou said.

The council will attempt to craft a solution on June 6, at which point it will likely add further conditions to discourage driving and parking in nearby neighborhoods. Nanci Kauffman, head of school at Castilleja, said after the hearing that she is very grateful to all the supporters who came out to speak in favor of the school’s proposal and to the council for its hard work on reviewing the application. “

“I’ll always stand by having as many students as possible at the school,” Kauffman said. “Let’s hear what else they want to include.”

Supporters of Castilleja School’s redevelopment proposal wore T-Shirts with slogans encouraging approval of the school’s application at a City Council meeting on . Photo by Gennady Sheyner.

The project, she said, is “in the right place

The Palo Alto City Council moved Monday to curtail Castilleja School’s contentious plan to rebuild its campus and increase student enrollment, with most members indicating that they want to see less growth and more measures to protect surrounding neighborhoods from traffic and noise impacts.

In a setback for the school, five council members voted against a proposal that has been going through the city’s review process for the past six years and that has already been subject to 21 public hearings. Only council members Greg Tanaka and Alison Cormack supported advancing the redevelopment plan, which includes demolishing and replacing the academic buildings at the school’s Bryant Street campus, constructing an underground garage and gradually increasing student enrollment from the current level of 422 to 540.

Tanaka also said that it’s time for the council to reach a verdict, which is something it wasn’t able to do when it considered the proposal in

The majority of the council sided with project’s opponents who had argued that the plan does not do enough to prevent traffic and noise impacts to the surrounding neighborhood. The five members who voted against the project – Mayor Pat Burt, Vice Mayor Lydia Kou and council members Tom DuBois, Eric Filseth and Greer Stone – all suggested that the plans need further revisions though they could not come up with an alternative proposal. Instead, the council voted 6-1, with Cormack dissenting, to resume the discussion on June 6.

While the council failed on Monday to reach a resolution, the six-hour hearing offered members their first chance in more than a year to stake out a position on the long-debated and hotly disputed project. For Castilleja, the results were decidedly mixed. Council members offered little opposition to Castilleja’s plans to rebuild its campus and indicated that they will likely approve the major construction project in two weeks. The majority also indicated, however, that any ramp up in student enrollment would have to be far more modest and gradual than the school had hoped 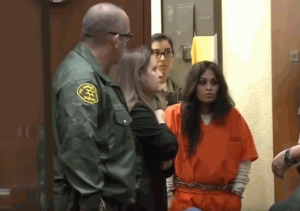